PARLIAMENT IGNORES RURAL VOICES AND PASSES TRADITIONAL COURTS BILL WITHOUT OPT-OUT CLAUSE  We demand that President Ramaphosa not sign the current version of the Bill into law  Dateline: JOHANNESBURG, September 12 On 8 September 2022, the National Assembly (NA) passed the amended Traditional Courts Bill [B1D-2017] (TCB) in a plenary session. Opposition was expressed by the […]

TAKING THE TRADITIONAL AND KHOI-SAN LEADERSHIP ACT 3 OF 2019 TO COURT Dateline: JOHANNESBURG, October 29 Following intensive consultations and discussions with rural people and members of traditional communities in five provinces, the Stop The Bantustans Campaign, an initiative of the Alliance for Rural Democracy together with allied individuals, organizations and movements will now turn to the courts to protect the customary land […]

PARLIAMENT CONTINUES TO FAIL RURAL WOMEN – ARD WILL CHALLENGE THE TRADITIONAL AND KHOI-SAN LEADERSHIP ACT Dateline: JOHANNESBURG, September 13 After months of protests, mass actions, pickets, sit-ins and all other forms of resistance, the President signed the Traditional and Khoi-San Leadership Act (TKLA) in December 2020. The TKLA gives statutory recognition to Cape-Khoi, Griqua, […]

MASS PROTEST ACTION BY OVER 1200 SOUTH AFRICANS TO #STOPTHEBANTUSTANBILLS!!!

PRESIDENT RAMAPHOSA LEFT WITH 3 DAYS TO RESPOND TO MEMORANDUM Dateline: JOHANNESBURG, June 11 It has been a week since women and men alike, in their multiple hundreds descended in Tshwane, Gauteng to take a stand against colonial and apartheid law-making, in service of rural democracy and autonomy. On 5 June 2019, over 1200 people […]

WE ARE STILL RECOVERING FROM 1913 – WHAT MORE THE BANTUSTAN BILLS

Dateline: JOHANNESBURG, June 19 The Alliance for Rural Democracy and its partners under the Stop The Bantustan Bills campaign are disillusioned by the silence from the Presidency. Just two weeks ago more than 1200 rural people took to the streets to demand that the President does not sign the unjust and undemocratic ‘Bantustan Bills’. Communities […]

Dateline: JOHANNESBURG, April, 25 — Due to unforeseen logistical and procedural challenges, the planned ‘Stop The Bantustan Bills’ march to the Union Buildings has been postponed, and the new date is as follows: Date: 05 June 2019 Time and Venue: Assemble at die boere square ( Paul Kruger Square) from 05:30 and procession starts at 07:00 […]

Dateline: JOHANNESBURG, May 30 On 5 June, 2019, women and men alike, in their hundreds, will march to the Union Buildings to assert their rejection of policies which seek to revive apartheid and colonial Bantustan laws governing citizenship, land, and the property rights of rural communities, by turning its people into subjects wholly dependent on the benevolence of […]

Dateline: JOHANNESBURG, April, 24 The Alliance for Rural Democracy, cross section of civil society organisations and of rural communities fighting against unjust laws ( Traditional and Khoisan Leadership Bill, Traditional and Governance Framework Amendment Bill and the Traditional Courts Bill) and practices in the former homelands is gravely concerned about the uninvited visit of the […]

The Traditional Courts Bill (TCB) moves through the National Assembly 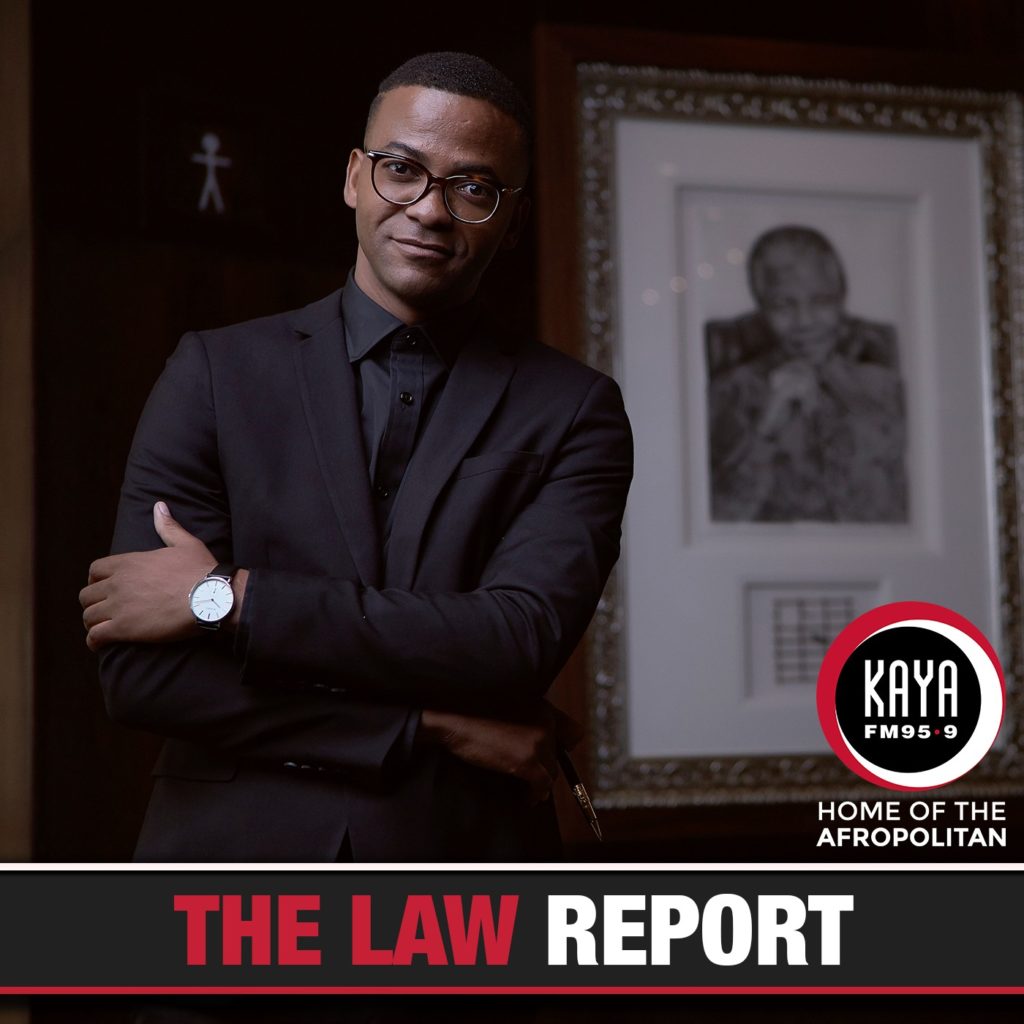 On the 10th of April, two members of the Stop the Bantustan Bills campaign attended a debate of the the TKLB on Kaya FM.   Click here to listen to the full podcast 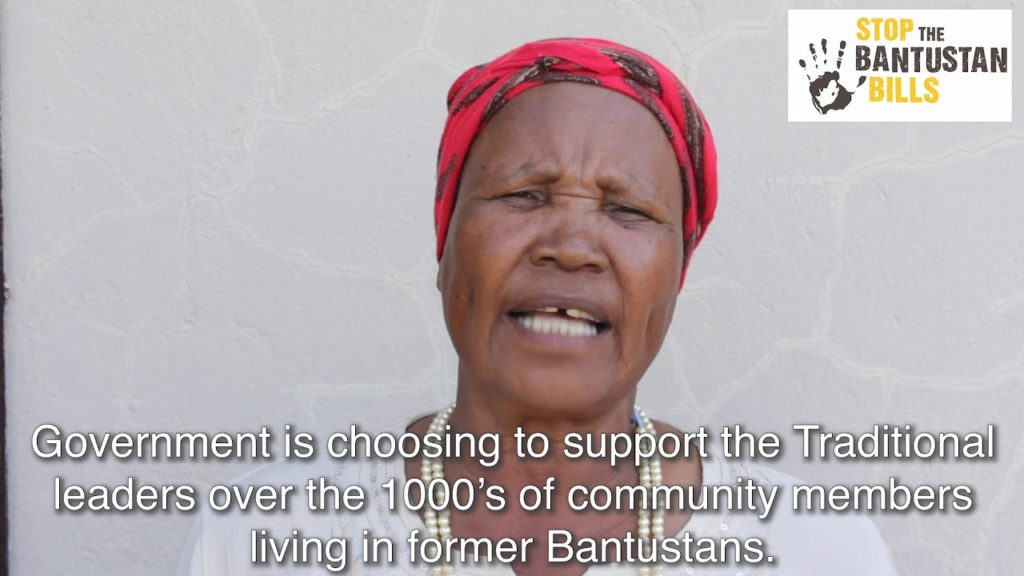