Stop the Bantustan Bills needs YOU!

To do this, we need resources and are reaching our to various partner organisations. To find out more, download our concept note on the ongoing activities of the campaign. 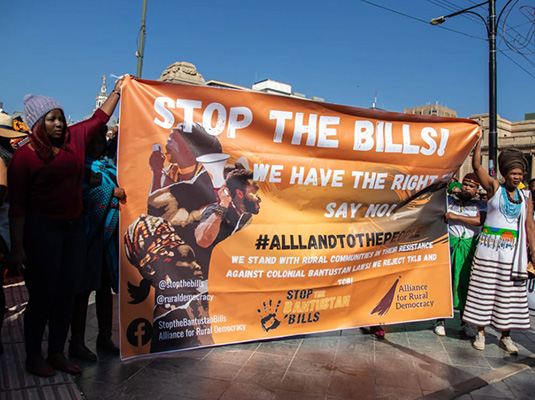 What are these bills?

The Traditional and Khoi-San Leadership Act (TKLA) and the Traditional Courts Bill (TCB) will effectively bring back the apartheid in the former Bantustans.

There are other laws and policies that we see as a potential threat to rural democracy. These include the Communal Land Tenure Bill, the Restitution Amendment, the Minerals and Petroleum Resources Development Act, the Expropriation Bill, the failure to enact permanent legislation to protect informal land rightsholders under customary law

We have created a brochure to help understand what these Bantustans are.

Stop the Bantustan Bills needs YOU!

The Stop the Bantustan Bills Campaign is working hard to stop government from enacting the unconstitutional and harmful Bantustan Bills. To do this, we need resources and are reaching our to various partner organisations. To find out more, download our concept note on the ongoing activities of the campaign. 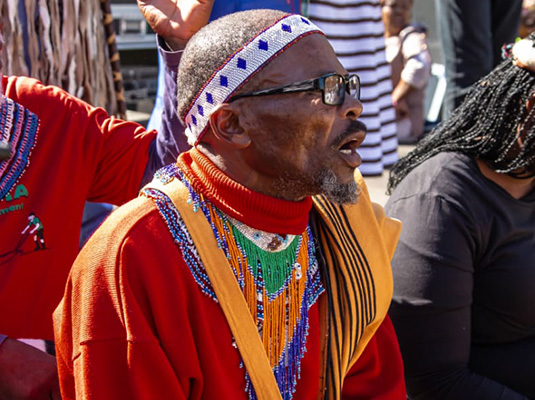 What is this campaign?

The Stop the Bantustans Campaign does not oppose the formal recognition of the Khoi and San people and their leaders.

The challenge to the Traditional and Khoi-San Leadership Act is rooted in the frustrations felt by traditional communities in rural South Africa. Stop the Bantustans Campaign advocates for accountable legislation, transparency in land administration, good governance of communal property and upholding rural democracy.

Stop the Bantustans Campaign supports and recognizes traditional leaders and customary law that reflects the existing consensual and transparent nature of how traditional communities self-govern and self-regulate natural resource allocations.

In 2021, the StopTheBantustan partners met and agreed that we need to revisit the campaign because the President has signed the  Traditional and Khoi-San Leadership Act. And the current Traditional Courts Bill which is being debated in Parliament does not include the ‘opt-out’ clause. Rural democracy is under attack and this campaign is our way of making sure that rural voices, especially women, are heard and centred in land laws and land policies.

Rural communities, joined by the Alliance for Rural Democracy, Land Access Movement of South Africa, community organizations and individuals are now taking the fight to the Constitutional Court to StopTheBantustans and will be challenging the constitutionality of the Traditional and Khoi-San Leadership Act.